We had the honour of collaborating with local artist Mike Tupaea (carvings) on the mural art work for the Hatea Loop pocket park in Whangārei starting 2016 and completed in 2017. A series of visits & planning meetings resulted in a creative narrative that was rich in local stories & significant historical events. Each wall became a story board, an outdoor gallery invitation into the depth of the area known as Whangārei. Thank you to Tracey Moore for co-ordinating such a great project, to mana whenua & Iwi representatives who shared their korero & Whangārei District Council for inviting us to paint in such a beautiful new space.

One meaning of Whangārei Terenga Parāoa (the gathering place of whales) derives from whales gathering to feed during summer. Symbolically it also designates the gathering place for chiefs. Parāoa (the sperm whale) was highly regarded by Māori, representing persons of chiefly status. Chiefs are Ngāpuhi would meet in Whangarei to mobilise war parties.

Another meaning relates to sisters Reitu & Reipae, from the Waikato region. Both were to marry the chief Ueoneone from the Te Rarawa region the sisters argues. Reipae insisted they land at the beach below them known now as Onerahi after travelling north with a great warrior spoken of as a great Kārearea. Here she waited for her people & her brothers Te Kanapeiterangi & Kairangatira. This event is remembered in the name Whangārei:

The ancient Māori name for the area is Te Ahi Pupurangi a Ihenga, named by Ihenga of Te Arawa descent. Ihenga had traveled to visit his older brothers Taramainuku at Te Kaipara on the Wairoa River and Warenga at Kawakawa. In this place he and his company cooked Kauri snails (Pupurangi) on the fire (ahi). Another meaning signifies a fire being built so that it boiled up, the glow guiding Waka back from fishing expeditions to the location of the new pocket park. 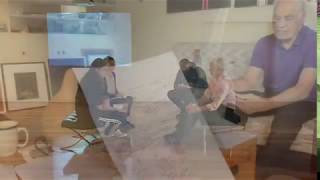